Can you cut my rough gemstone? 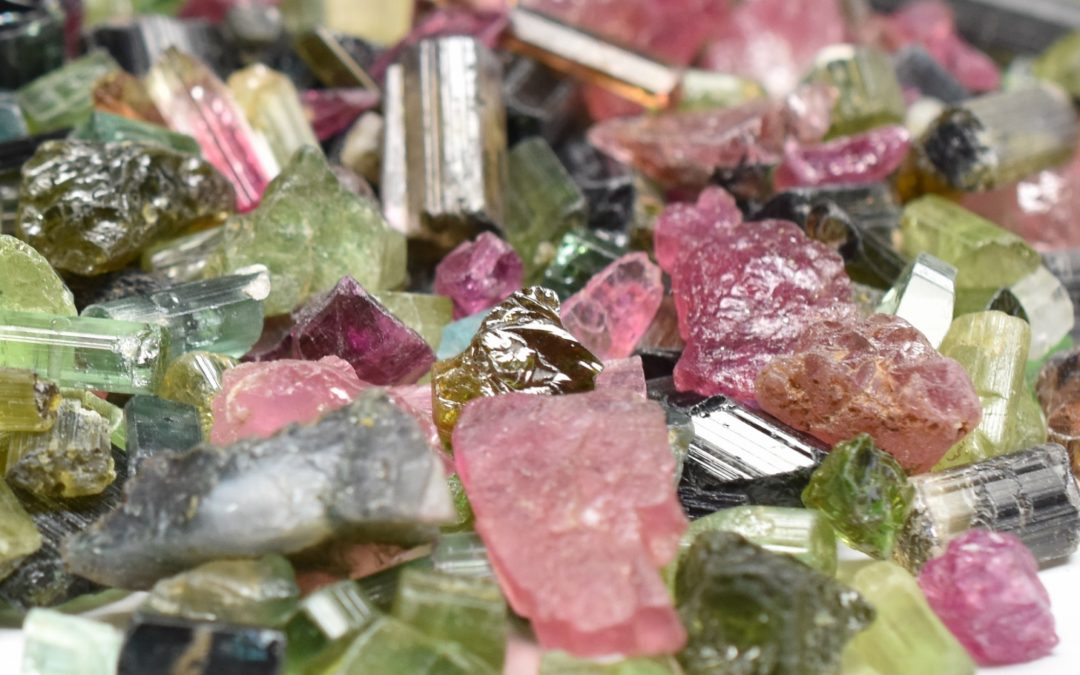 Lots of people have been asking me recently about whether I could cut their rough gemstones for them. While I am always very happy to have a look at the rough that you have, unfortunately in many cases it is not that simple, as much of the gemstone rough out there is not suitable for faceting.

Looking for clues as to the origin of particular pieces of gemstone rough can be helpful in assessing their potential. Two ways in which gemstones are sourced from the Earth are through mining of the primary deposits, or through alluvial sources where the rock containing the gems has broken away and fragments are washed away from the original area of formation by rivers.

Gemstones originating from primary deposits tend to hold their crystal shape much better, with the original surface features sometimes visible. This makes them easier to identify. Because their surfaces are often clearer it is relatively easy to see inside, which can be really helpful in determining whether they have many internal inclusions.

Allluvial gemstones have often survived a trip down river, where they will have been thrown around and effectively tumbled. Any highly included gemstones are likely to have broken up (as the presence of the inclusions weakens the gemstone), so those that have survived are more likely to be higher quality, and cleaner internally. The repeated surface trauma that they have been subjected to will have worn away many surface features, and also rounded the corners causing loss of the original crystalline shape, making it more difficult to identify by its appearance alone.  This trauma will also often lead to the formation of a thicker “skin” (a frosted coating) on the gemstone surface which can make it more difficult to assess that gemstone internally. Many cutters will polish a small “window” on the gemstone surface in order to be able to see into the stone and plan the cut.

When I am selecting gemstones for cutting I will take into account the likely origin of the stone, as well as the species and variety, as what is considered an acceptable level of inclusions will vary hugely depending on what the gemstone is. It is possible to treat very included gemstones before or after cutting, with resin for example, but this isn’t something that I do.

When planning my gemstone cut, I first remove any damaged areas from the surface, and create a preform shape roughly resembling my intended final shape. If there are many internal inclusions I ideally need to avoid cutting through these. If an inclusion reaches the surface, not only does this not look good as it resembles a “crack” in the gemstone, but it also leaves the gem with an area of weakness. If I do come across an inclusion that reaches the surface during cutting, I will often modify my design to cut it out. You can imagine if there are lots of inclusions, there is a real risk of grinding away the majority of the gemstone in the pursuit of a clear area!

There are options for forming very included gemstones into attractive shapes, with beads and cabochons often made from this material, so if that is your aim all is not lost, however I also believe that gemstones in their original rough form are very attractive. If you would like your rough gem to be made into a piece of beautiful jewellery just get in touch!